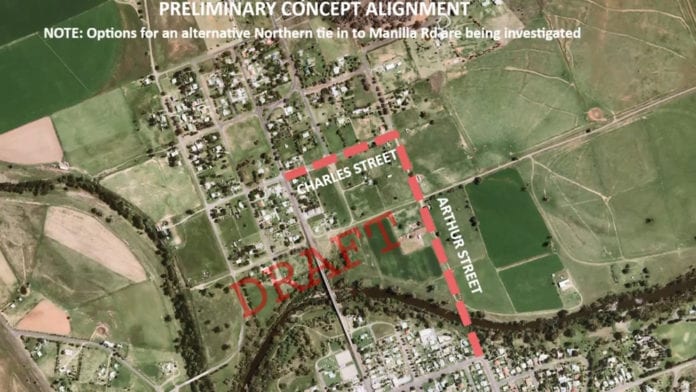 Manilla will soon be home to a new bridge.

It’ll be constructed across Arthur Street and Rowan Street, cutting an estimated 7,000 hours of travel annually.

“Council has purchased what is needed for the access road on the northern side, I think that’s all finalised. I understand there’s maps being issued for people to have a look at.”

The current bridge is 133 years old and has become a bottleneck for traffic.