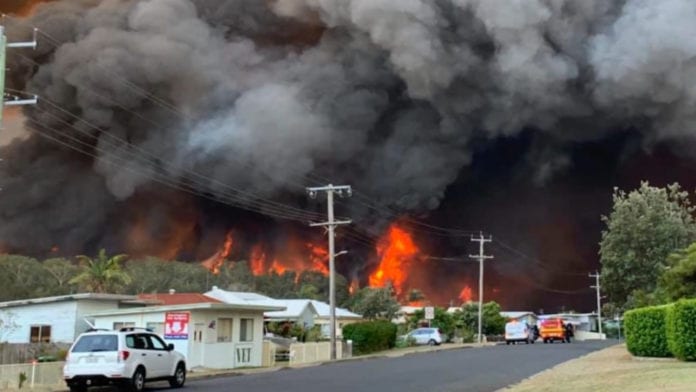 At least two people are dead, 5 are missing and 150 homes have been destroyed in the worst bushfires northern New South Wales has ever seen.

There have been heavy property losses at South Arm near Macksville, while several homes  were saved at Willawarrin north west of Kempsey. 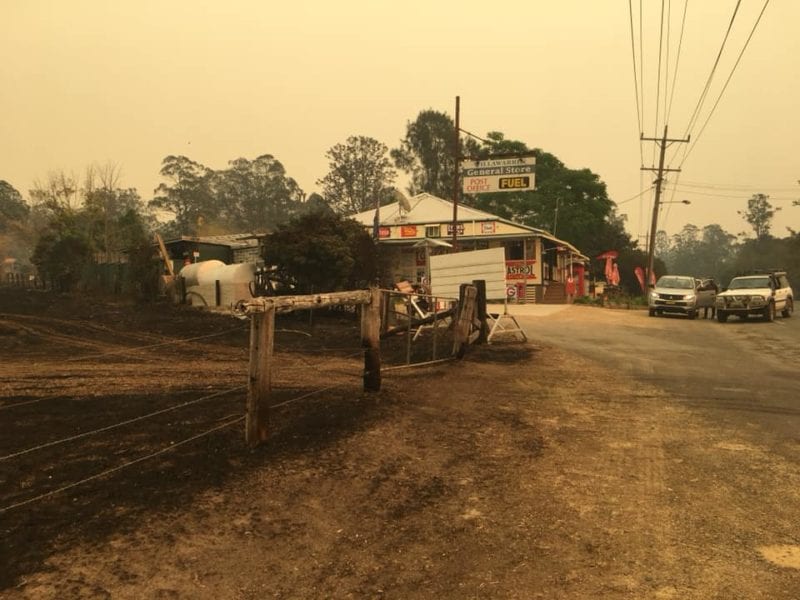 The Prime Minister has advised the army will be brought in to provide assistance to the state’s 1300 volunteer firefighters.

There are now two bushfires at Emergency Warning level on the NSW mid north coast , down from six on Saturday morning.

If you are in the area of Old Bar and Wallabi Point, seek shelter as the fire approaches. Protect yourself from the heat of the fire by sheltering in a solid structure.

The fire is burning in an easterly direction towards Pappinbarra, Birdwood and Forbes River.

This fire has merged with the Doyles River fire in the east. Over the coming days, it may join with the Mt Werrikembe and Dingo Creek fires.

Firefighters are conducting property protection in the area.

The NSW premier has confirmed a second person has died in the Northern New South Wales bushfires.

A woman has passed away after suffering severe burns on the fireground. It’s also been confirmed a body was found in a burnt out car near Glen Innes.

Seven people are now confirmed missing and more than 30 people have been injured, many of them volunteer firefighters.

Four bushfires are burning at Emergency Warning level, well down on the unprecedented 17 that were burning on Friday afternoon.

1300 firefighters have been involved in the battle.

One person is dead, two are missing, up to 100 homes have been lost more than 30 people have been injured in the bushfires that have devastated much of northern New South Wales in the past 24 hours.

A body was found in a burnt out car near Glen Innes on Saturday morning.

“It was a house that we had identified [as having a missing person], and firefighters did find someone deceased in a vehicle,” said NSW RFS Deputy Commissioner Rob Rogers.

A crime scene has been declared.

30 people have been injured, many of them firefighters.

There are reports many people fled their homes and hid in rivers and river beds for several hours.

Six fires are still burning at Emergency Warning Level, five of them on the mid north coast.

New South Wales is in the grip of a bushfire emergency.

There are 17 firefronts burning at emergency level – more than the RFS has ever seen.

Firefighters have been forced to admit they don’t have the resources to help everyone – and that households must be prepared to survive themselves.

The bushfire situation at Harrington and Crowdy Head has been particularly dire.

NBN reporter Lara Coffey was there as locals faced the agonising decision to stay or flee.