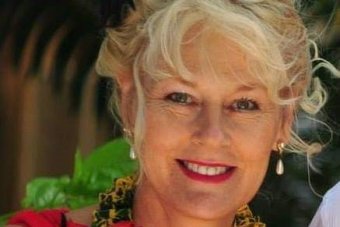 Police looking for a missing Port Macquarie woman, whose estranged husband’s body was found in Victoria in her car, have appealed for information as they search the Murray River.
58-year-old Ruth Ridley drove from her home in Port Macquarie to Tumbarumba in New South Wales on October 18 in a dark blue Mitsubishi Pajero towing a caravan, police say.
The car was found on October 29 near Walwa across the border in Victoria, with the body of Ms Ridley’s estranged husband, 61-year-old Gary Ridley, inside.
The circumstances of his death are yet to be determined but Victoria Police aren’t treating it as suspicious.
Ms Ridley was reported missing the following day by a family member who had “grave concerns for her welfare.”
Police found her caravan that day in Tumbarumba.
Victoria Police on Wednesday said their search efforts had concluded but NSW Police and the SES are continuing to search Neils Reserve and the Murray River.
Bushland near where the four-wheel drive was found is also being searched.
Police have asked anyone who may have seen the car or caravan over the past week to contact them.
“We’re still appealing for anyone with information just to fill in those gaps so that we can understand her whereabouts and her movements,” a NSW Police spokeswoman said.
Steven Ridley wrote on Facebook: “Thank you for your prayers. We all are holding out hope for mum to be found one way or another for some sort of closure.”
Ms Ridley is described as Caucasian in appearance, about 175 centimetres tall, with a thin build, fair complexion and blonde hair.