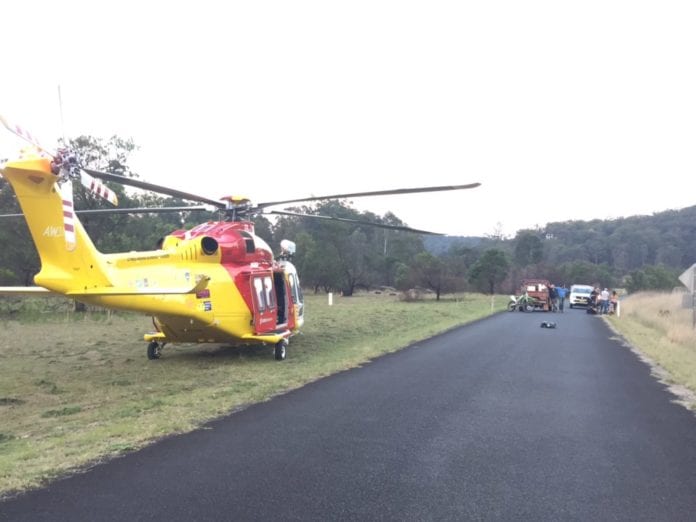 A man in his early 20s had to be airlifted to hospital after a motorcycle accident in the Hunter Valley.

The Westpac Rescue Helicopter was called to Putty Valley Road late on Saturday afternoon, after reports a 23-year-old had fallen from his bike.

He was stabilised at the scene having suffered leg injuries and flown to Newcastle’s John Hunter Hospital in a stable condition.