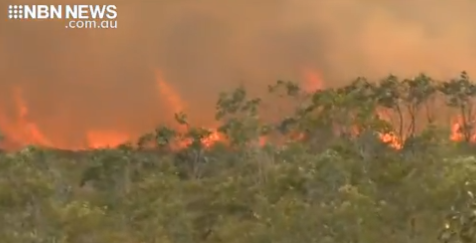 There’s some good news from the fire ground on the Mid North Coast this morning, with the Crestwood Drive fire now listed as ‘under control’.

Almost 3,000 hectares of bushland was scorched in the blaze, which came within metres of homes at Lake Cathie on Tuesday.

Hundreds of firefighters were supported by aircraft, including the state’s Large Air Tanker (LAT) during the battle to contain the blaze, in which thankfully no homes were destroyed.

Crews will continue to patrol the fire ground over coming days.

THE UNLIKELY HERO ON THE MYALL RIVER