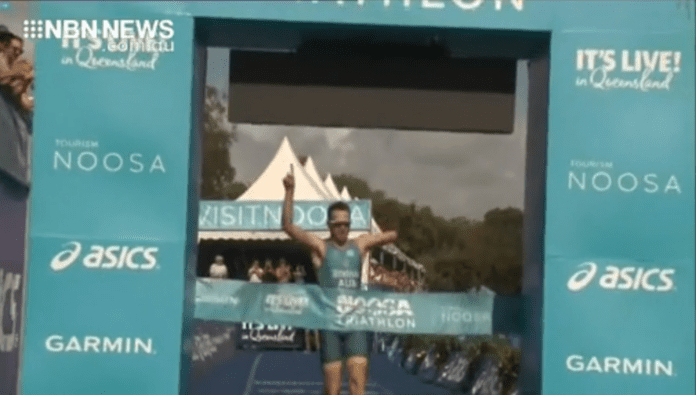 The Hunter’s Aaron Royle has finished third in the Noosa Triathlon, with Tasmania’s Jake Birtwhistle winning his second title on the Sunshine Coast.

Royle, the defending champion, was in the mix in the swim, exiting the water less than 30 seconds behind the race leader.

He made up ground on the bike to give himself a shot at victory, sticking with Birtwhistle and South African Henri Schoeman.

The Novocastrian then suffered a setback on the run when he reportedly came into contact with a motorbike carrying a cameraman.