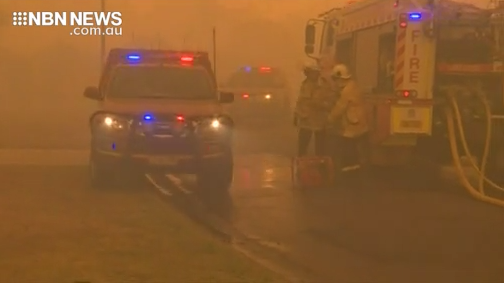 Communities just south of Port Macquarie are on edge, after a blaze which began on the weekend suddenly broke containment lines and began racing towards them.

Homes and businesses have been evacuated, and fire crews are preparing for a long night ahead.

The blaze was downgraded to Watch and Act just after 6pm.