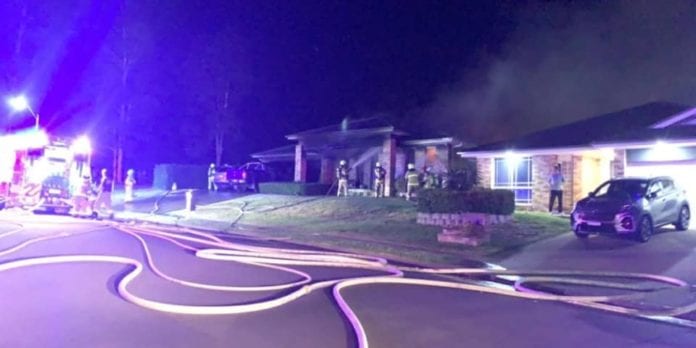 A 46-year-old man has died after a housefire in Aberglasslyn near Maitland on Tuesday night.

Crews were dispatched to Peppertree Circuit shortly after 8:30 pm following reports of a house fire.

When they arrived, the home was fully engulfed, taking five crews to extinguish the fierce inferno.

A woman and her 13-year-old son fled and were taken to John Hunter Hospital with minor injuries.

The man was found inside by firefighters, but tragically could not be revived.

Officers from Port Stephens-Hunter Police District have established a crime scene and are investigating the circumstances surrounding the blaze.