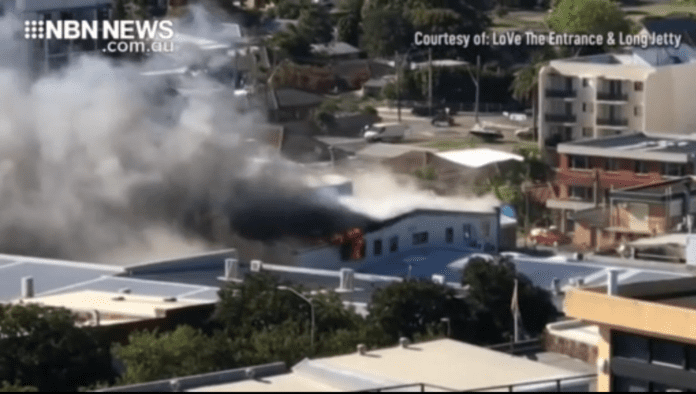 Several people have been rescued from a shopping centre on the Central Coast which went up in flames late this afternoon.

One man, believed to be a 45-year-old, has since died

The fire broke out in Ebbtide Mall at The Entrance late this afternoon.

Firefighters were speaking to a man trapped inside before his phone line cut out.

Several crews are trying to extinguish the blaze, and people are being told to avoid the area.