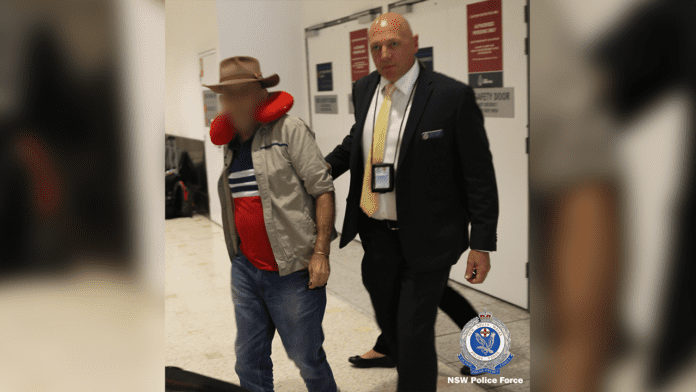 An 81-year-old man is expected to face a bedside hearing in Sydney on Monday, after he was charged with 17 offences relating to the abuse of two young boys in the state’s north during the early 1980s.

Detectives from the Richmond Police District, alongside officers from the Australian Federal Police, arrested the elderly man at Sydney International Airport on Thursday, after he arrived on a flight from the Philippines.

He was taken to the Mascot Police Station where he was charged with the sexual and indecent assault of two teenage boys, who were in his care between 1980 and 1983.

It’s alleged the assaults occurred at a boy’s home near Lismore, along with several other locations in the Mullumbimby area.

Detectives are hoping to speak with anyone who may have information about the alleged assaults.