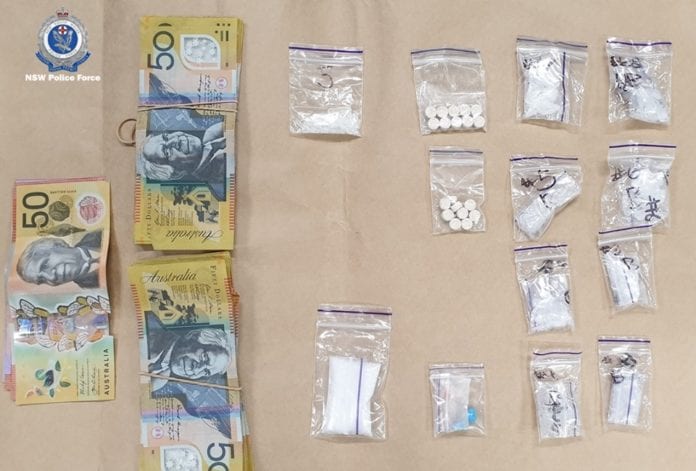 A 32-year-old man has been charged with a string of drug-related offences after specialist police raided a home at Murwillumbah on Friday.

Cannabis and methylamphetamine were among a raft of items seized from the property on Riverview Street, with the man later charged with eight offences including three counts of possessing a prohibited drug.

Cash and MDMA was also located – investigations are ongoing.