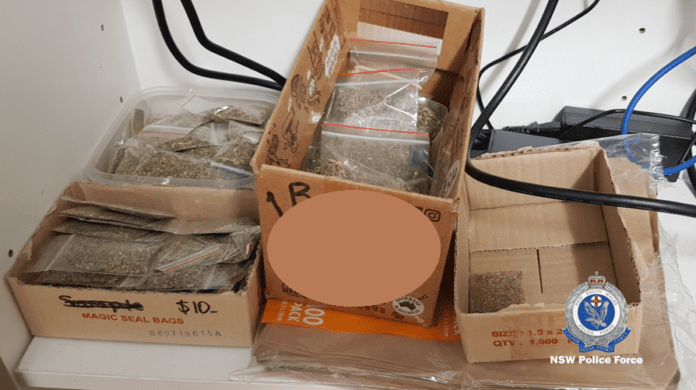 More than a kilogram of cannabis along with 52 glass water pipes have been seized from a tobacconist, in the Newcastle suburb of Mayfield.

Officers searched the business on Hanbury Street on Thursday, with police later releasing images of the seized items.

Following investigations, a 56-year-old was charged with a number of offences including knowingly dealing with the proceeds of crime.

She’s due back in Newcastle Local Court in December, having been granted conditional bail. 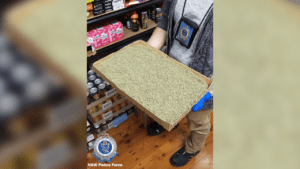