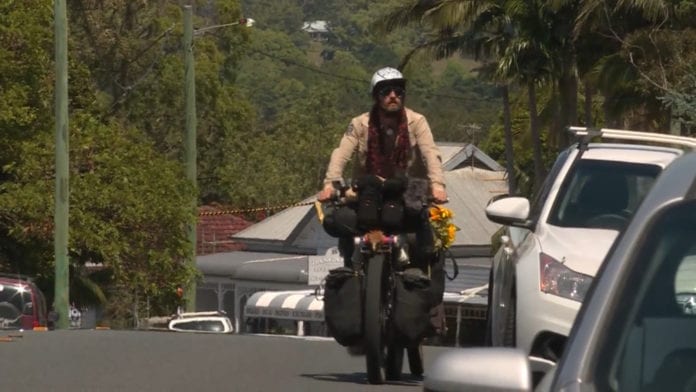 The thought of peddling more than 5,000 kilometres would be enough to scare even the most experienced cyclists, but not this determined adventurer.

Brando Yelavich this afternoon becoming the first person to cross Australia through the deserts on a push bike.

Having set off from Steep Point in Western Australia, Yelavich arrived in Byron Bay this afternoon.

At one point, the Kiwi-explorer didn’t come across another individual for more than three weeks.