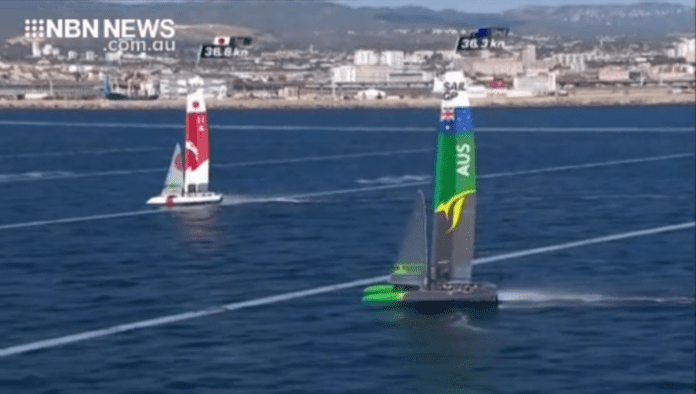 Fierce rivalry between Aussie sailors was on full display in the final round of Sail GP in Marseille.

The Japanese team, led by Lake Macquarie’s Nathan Outteridge, surprised everyone by coming for Team Australia during the pre-race start – a move that ruffled the feathers of Aussie helmsman Tom Slingsby.

“We’re trying to practise our skills as much as we can in the pre race every opportunity when we are ahead of the Aussies we want to try and slow them up a bit so we can get boats between us and them so there was a bit of that happening in the last race and they did a great job of sailing in our dirty air to hold on second I think there’ll be more of that tomorrow and I think Tom might come out a bit more agreesive tomorrow also,” said Outteridge.

Outteridge led Japan to victory in races one and three – Team Australia taking the win in race two.

McCULLOUGH READY TO BRING HIS A-GAME TO THE KNIGHTS