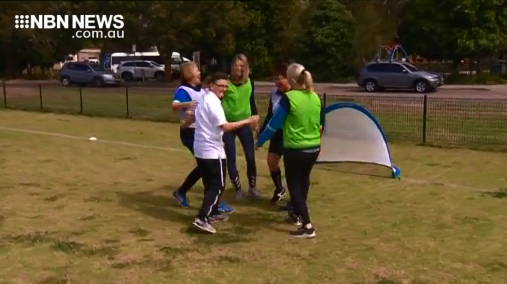 And for those women who want to kick a ball – but are a little hesitant to join a team, a new modified game was launched by Northern New South Wales Football today.

‘Kick on for Women’ is billed as a bit of social fun and exercise.

“It’s for those women who want to be a part of the game, maybe their whole family is involved and they find themselves on the sideline being the bag carrier. It’s a chance for them to have a space where they can come and learn,” said Michelle Forbes.

The program will run in tandem with the school term, on weeknights, at seven locations across the Hunter.