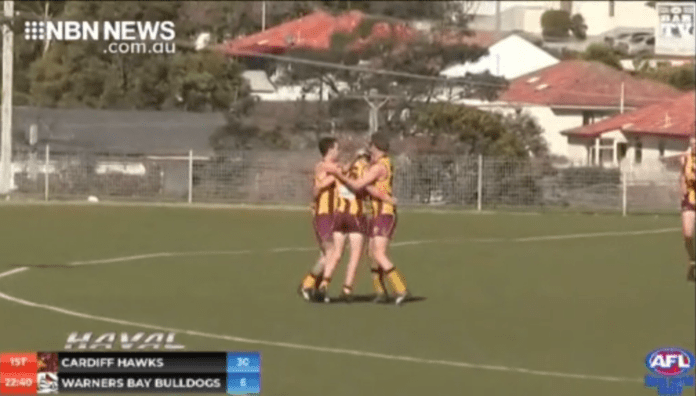 With Terrigal Avoca and Newcastle City enjoying the week off, four teams battled in the elimination semi finals of the Black Diamond Cup.

Killarney Vale was knocked out by Singleton, while Warners Bay fell to Cardiff.

It was a fast start for the Hawks, with two behinds and two goals inside the first couple of minutes.

It took the Bulldogs until near the end of the first term to get on the board, before Cardiff’s Isaac Hughes stole the show with a goal of the season contender

The Hawks kept their finals campaign alive, with an 88-32 victory.