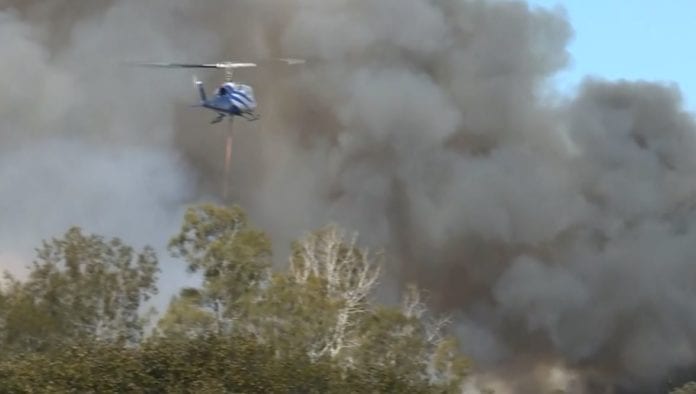 Smoke from two bushfires on the mid-north coast is causing problems for commuters.

They worked until the early hours of the morning to bring it under control.

Another fire on Big Island near Forster Keys has burned through 130 hectares.

Crews are being assisted by water-bombing aircraft.