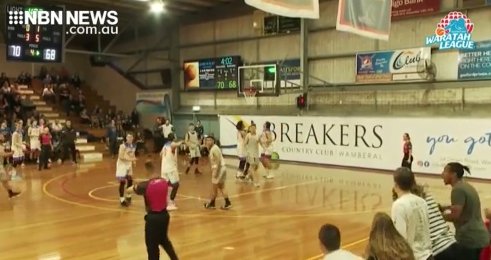 The Central Coast Championship men’s side tonight take on Maitland for a shot at the grand final tomorrow in the New South Wales Waratah Basketball League.

Meanwhile the Crusaders’ division one youth men’s squad, who finished the season on top of the table, posted a loss in today’s semis match against Penrith at Terrigal.

Matt Grey got the crowd growing with a massive three pointer.

It wasn’t enough for the Crusaders however, Penrith winning 80-points to 76 on the final buzzer.

While in the women’s youth league, the Crusaders battled it out against Norths.

Lucy Chapman driving to the basket for a great two-pointer for the Coast, but it was a North’s victory in the end, 71 to 53.

The finals get under way tomorrow.

(Note: No Audio | Vision Only)