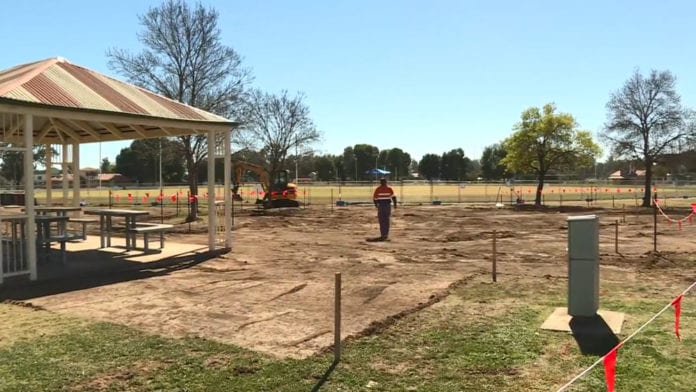 There was a playful sod turning in Gunnedah today, as construction began at “Livvi’s Place”.

The Wolseley Park site was proposed by a community member in 2013, who wanted to see an inclusive playground built for children of ALL abilities.

The State Government contributed $850,000 to make it happen – and today work got underway.