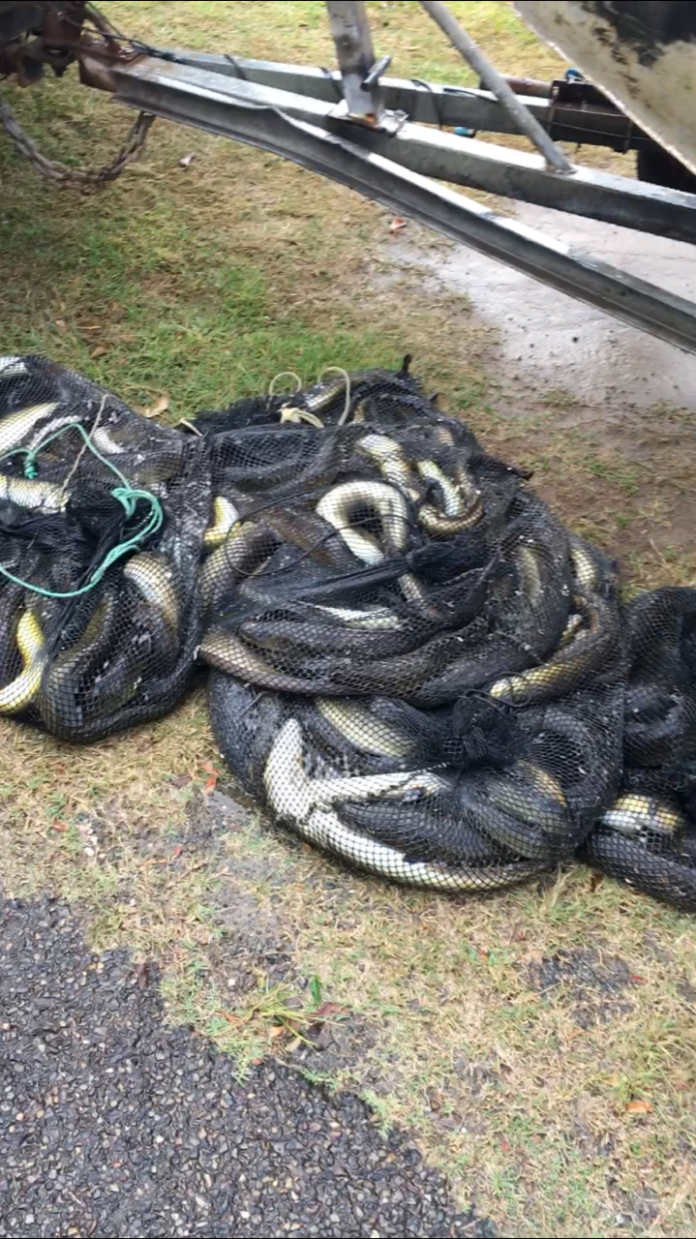 Fisheries officers have issued a warning after nearly 200 kilograms of eel, with an estimated market value of $2500, was seized from a mid north coast commercial fisherman.

The haul came after the man failed to report his catch near the Macleay River in Kempsey, late last month.

“Commercial fishers who take eels, are required to weigh their catch and submit a post land quota deductions report within 50 metres of the boat ramp,” Mr Andrew said.

The illegal fisherman was issued with a $200 penalty notice for failing to submit a real time report.

The eels have since been released back into the water alive.