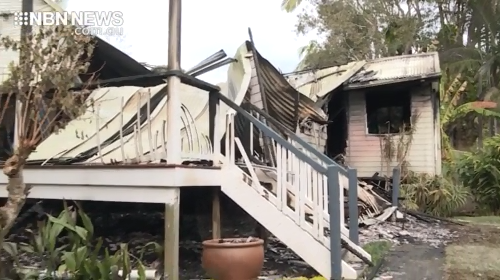 A home at South Golden Beach on the far north coast was gutted by fire this morning.

Crews received multiple triple-zero calls to the Elizabeth Avenue property, but when they arrived, the roof was collapsing.

They managed to stop the blaze from spreading to neighbouring homes.

No one was injured and it’s not being treated as suspicious.