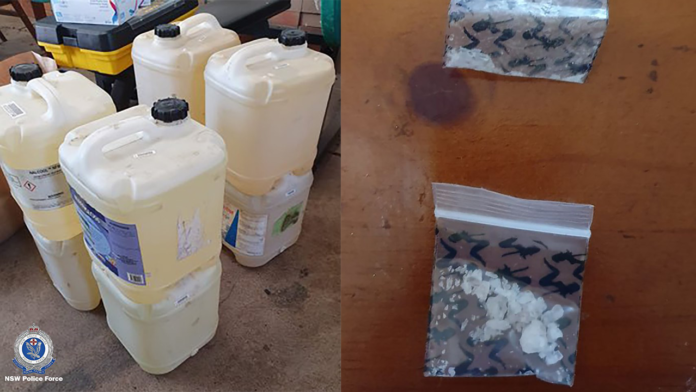 Strike Force Raptor has dealt another blow to organised crime in the Hunter, with a 45-year-old man charged, and an array of weapons and drugs seized.

The senior member of the Rebels outlaw motorcycle gang was arrested on Young Street at Rutherford just before 6 o’clock on Thursday morning, and charged with breach of bail.

A later search of a nearby home found an array of items, including an extendable baton, a knife and a push dagger. 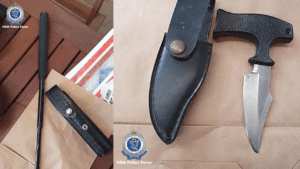 20 drums of diesel, suspected of being stolen, along with a substance believed to be methylamphetamine was seized for forensic analysis.

The 45-year-old will appear in Maitland Local Court later today, facing 18 charges including four counts of possessing a prohibited weapon without a permit.