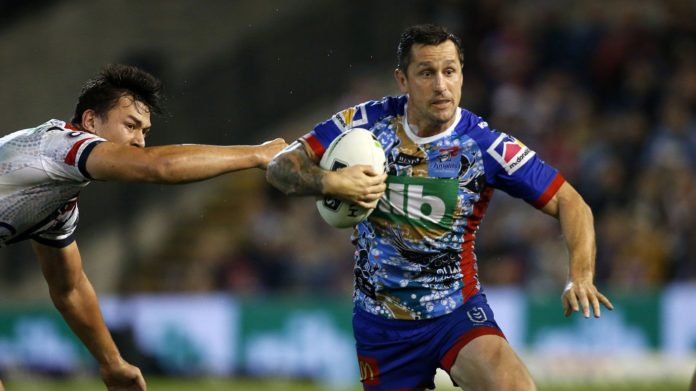 Mitchell Pearce’s return to representative football has come to an early end.

The Knights’ halfback was set to return from the origin wilderness for game two of the series in Perth next Sunday, however the 30-year-old ruled himself out after suffering an injury in Saturday’s loss to Melbourne.

It’s understood the in-form star picked up a thigh injury in the 30-point loss, exacerbating an existing hip issue.

Pearce delivered the news to Brad Fittler on Sunday, with the Blues coach now left to find a new halves partner for Nathan Cleary.

Penrith five-eighth James Maloney and Canberra’s Jack Wighton loom as potential replacements for the injured half, while Fittler could retain Cody Walker for the must-win game.

Pearce has pulled on the blues jersey on 18 occasions, recording just five wins.