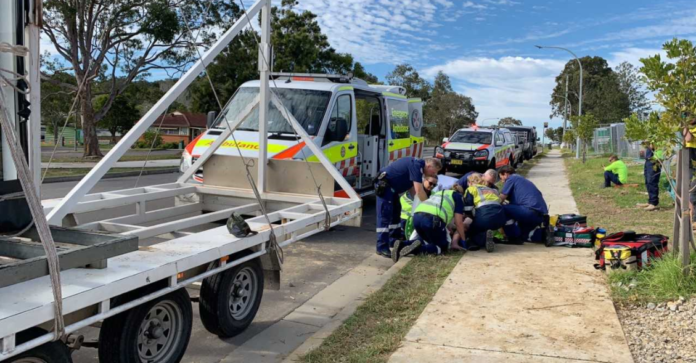 Safework is investigating after a man was pinned between two vehicles at Wadalba yesterday.

The 40-year-old was “spotting” a learner truck driver, when he became trapped between the truck and a parked four wheeled drive.

He was airlifted to Sydney’s Royal North Shore Hospital with a leg injury, while the driver was treated for shock.