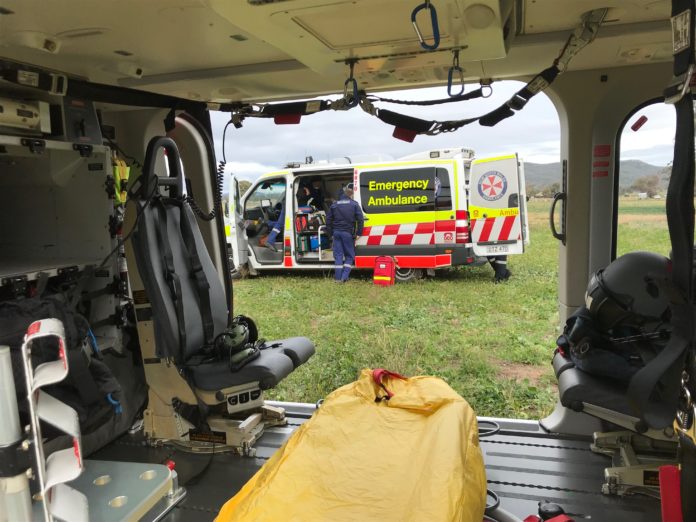 A 7-year-old girl has been left with a broken leg, after she was trampled by a horse near Quirindi in the state’s north west.

The young girl was riding on a property east of the township on Saturday afternoon when the accident happened.

She was flown to Newcastle’s John Hunter Hospital by the Westpac Rescue Helicopter.

Just hours later, the helicopter was called to Johns River, around 30 kilometres north of Taree, after reports a man had been seriously injured in a motorbike crash.

The 46-year-old was treated at the scene by paramedics, after the bike he was riding struck a tree.

He was flown to Newcastle’s John Hunter Hospital in a serious condition.