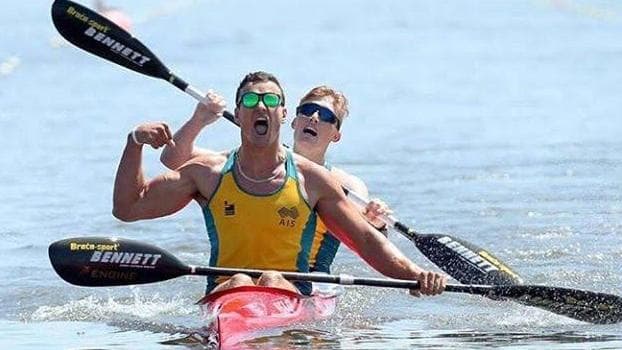 A Central Coast surf lifesaver has starred in the Canoe Sprint World Cup in Germany overnight.

Avoca’s Riley Fitzsimmons and his partner Jordan Wood progressed to the semi finals…after placing second in the men’s 1000 metre heat.

The pair led the pack, but were pipped by France in the last minute.

The semi-finals get underway tonight.

It comes a week after they won silver in the 500 metres in Poland.