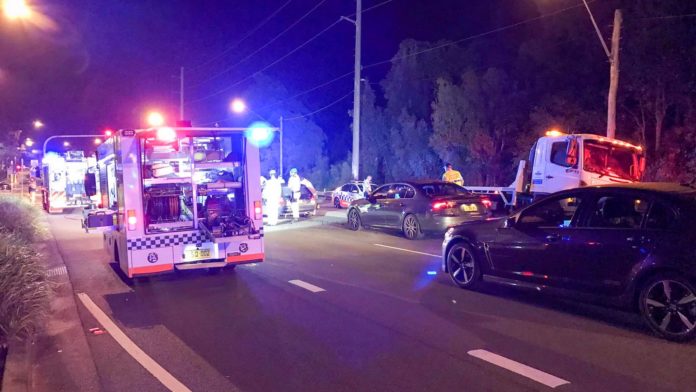 There were heavy traffic delays on the Central Coast overnight, after a serious crash at Blue Haven.

Emergency services were called to the scene on the Pacific Highway, after reports one person was trapped as a result of a three-car crash.

Paramedics, along with Fire and Rescue and the Volunteer Rescue Association worked to stabilise the patient, before being taken to hospital.

They were reported to be in a serious but stable condition.