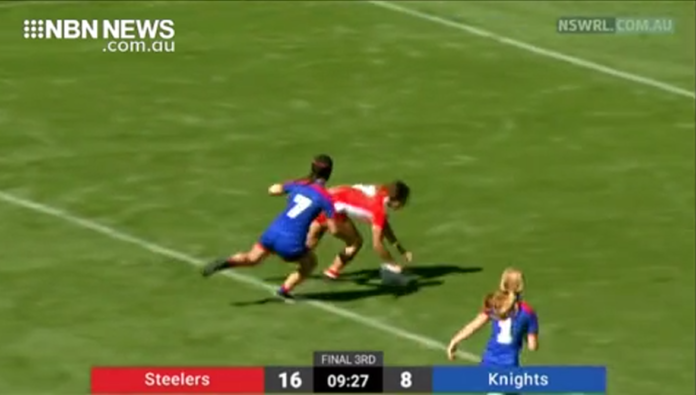 The Newcastle Knights have taken out the Harold Matthews Cup defeating the Canterbury-Bankstown Bulldogs 28-8.

While the Knights Tarsha Gale side lost their grand final going down to the Illawarra Steelers 24-12 at the new Bankwest Stadium.

Trailling 10-nil in the second period, Caitlan Johnston barged her way over, to help the Newcastle side start to claw its way back.

Johnson one of the stand outs for the Knights – this cut-out pass allowing Carissa Harrison to score in the corner.

But it wasn’t enough, the Steelers just too good.

NEW RULES COULD BE A GAME CHANGER FOR EDRICK LEE