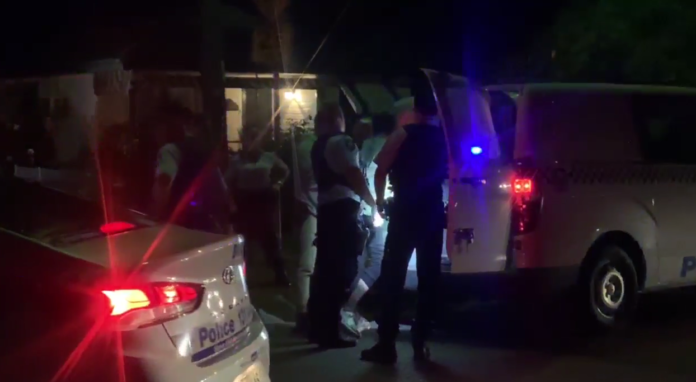 A 23-year-old man has led police on a chase through several Central Coast suburbs overnight.

Officers tried to pull over a white Holden Commodore shortly before 11pm in Wamberal.

The man behind the wheel, Dryw Michael Leonard, allegedly sped off, leading police through Erina and East Gosford, where road spikes were deployed.

He then allegedly pulled over in Umina, and climbed onto the roof of a house.

He’s been charged with a number of offences, including assaulting police, and refused bail.