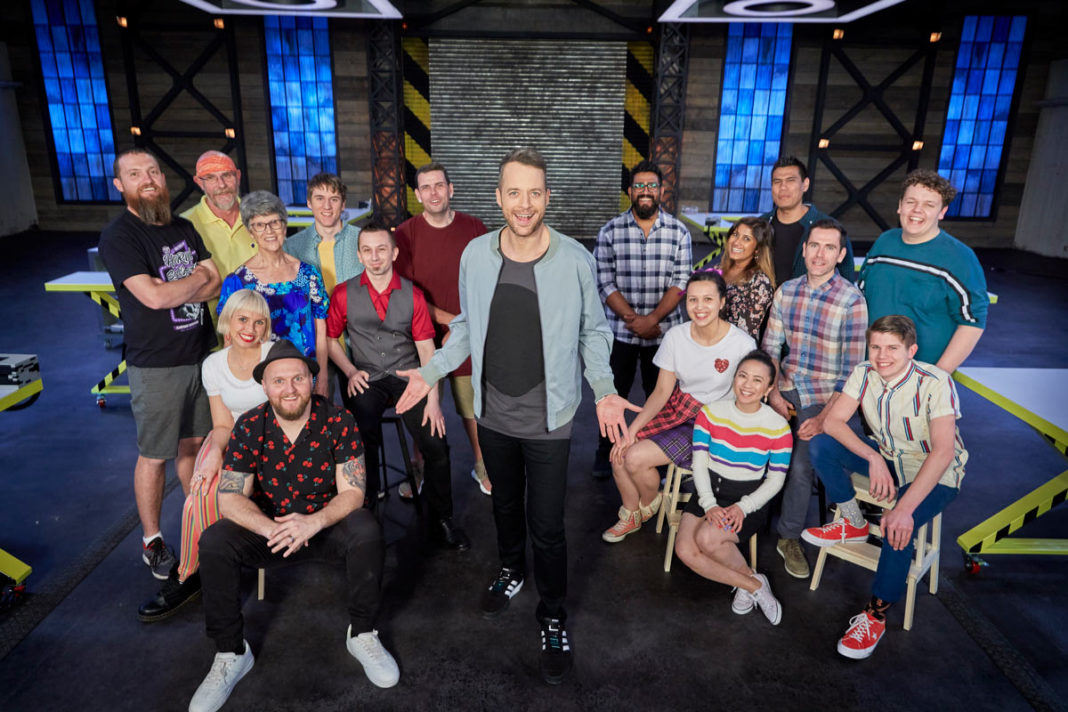 Welcome To A Fascinating World Of Creativity And Imagination

Bursting onto screens from Sunday, April 28, Australia’s best LEGO builders will battle it out in LEGO MASTERS – the brand new blockbuster series that is unlike anything ever seen on Australian TV.
Eight pairs of passionate creators will be let loose on The Brick Pit, where 2.5 million gleaming LEGO bricks await, ready to build mind-blowing models and masterpieces that must be seen to be believed. And there’s not an instruction manual in sight. The competition will be fierce, and only the strongest and most creative team will survive.

In his element as host is Hamish Blake, alongside resident judge Ryan “Brickman” McNaught, the Southern Hemisphere’s only LEGO-certified professional. LEGO fans and families alike should prepare to witness truly incredible LEGO creations being brought to life, brick by tiny brick.

With imagination their sole limitation, over nine episodes – each with a unique challenge – these inspired geniuses will conceptualise and craft some of the most ambitious and impressive LEGO creations ever attempted.

The teams competing for the title of Australia’s first LEGO MASTERS are:

With acting, writing and comedy skills up their sleeve, this vibrant married pair had a LEGO themed wedding. Jimmy even hid the engagement ring in a box of LEGO. 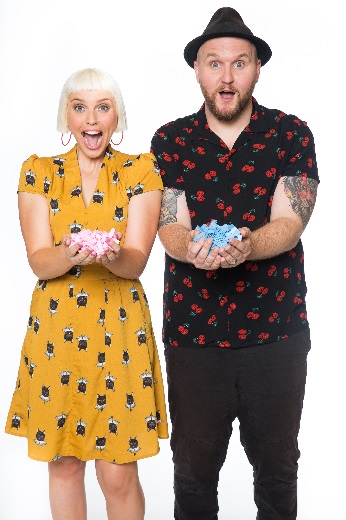 Workmates with mining and mechanical backgrounds, this pair have been hooked on LEGO their whole lives. Between them, they have around 150,000 LEGO bricks in their personal collections. 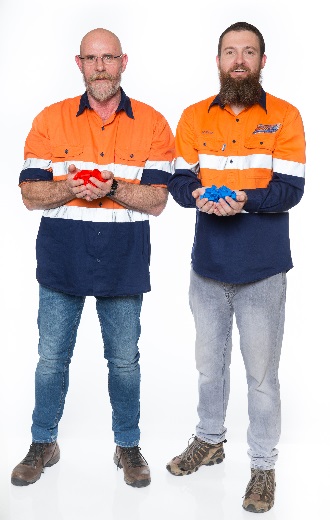 Two dads with a passion for LEGO. Henry’s creations are regularly shown at LEGO exhibitions. Cade helped build a life-size LEGO caravan made of 288,630 bricks, earning a Guinness World Record for his efforts. 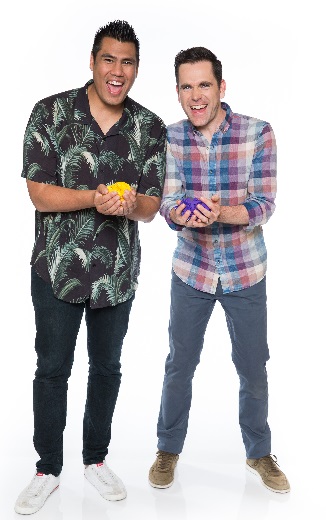 These uni student best mates have been into LEGO since the first day they could pick up a brick. The boys, who can’t believe that they’re in a LEGO building contest, enjoy “greebling” – where a LEGO piece is used in a non- traditional way to add detail. 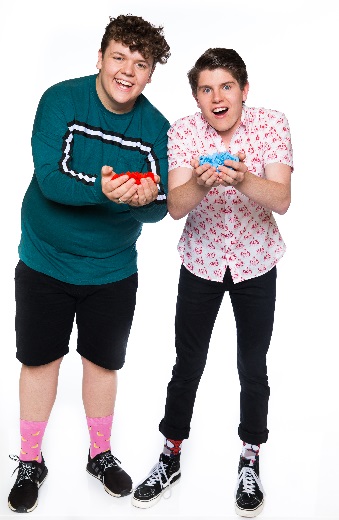 Radio DJ Bilsy has a dedicated LEGO room at home, plus two built-in cupboards and half a garage full of LEGO. Kale makes a living out of LEGO, by selling photos of his creations. He also runs a LEGO fan site and has won numerous awards for his builds. 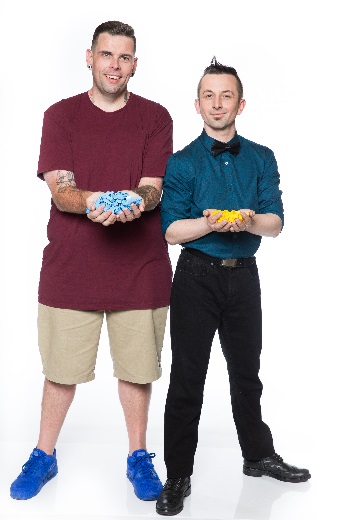 These design gurus will add a carefully considered approach to their builds, not to mention cascades of colour. Kaitlyn harbours dreams of a design job with LEGO. Marielle finds building LEGO therapeutic, with the rainbow of colours bringing her joy 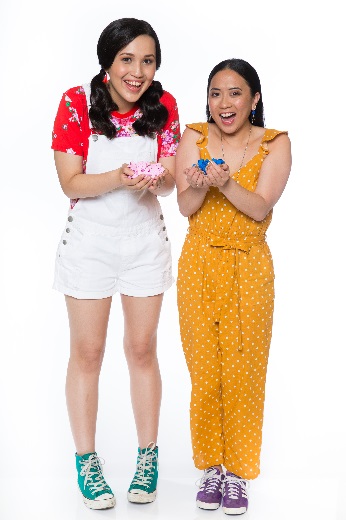 The oldest and youngest competitors in the game are a formidable grandmother and grandson combo who bring a lifetime love of LEGO to the table. Matt was introduced to LEGO by Lyn as reward for effort while toilet training, earning a set piece by piece. 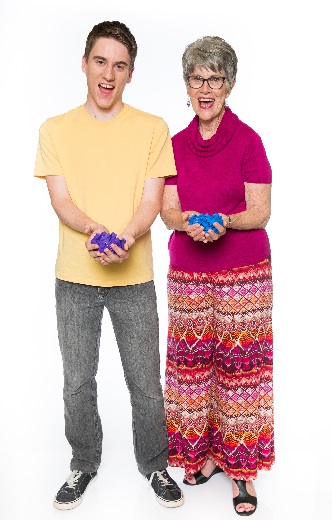 These best friends and neighbours run a Sri Lankan food truck purely to fund their love of LEGO. At home they have entire rooms dedicated to the humble brick. Together they own more than 500 LEGO sets. 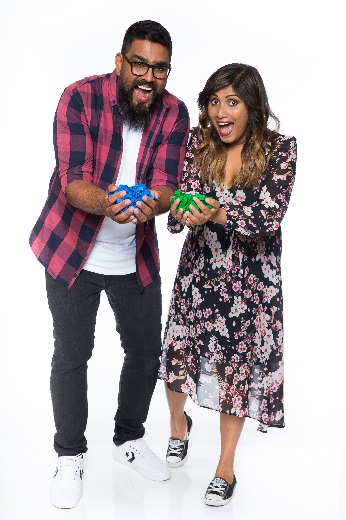 Brimming with wonder, edge-of-your-seat suspense and awe-inspiring artistry, the competition will crown one team the LEGO MASTERS, holding the LEGO trophy aloft and earning the $100,000 prizemoney.

Michael Healy, Director of Television for Nine, said: “LEGO MASTERS is set to redefine family entertainment in 2019. This program is a celebration of creativity and wonderment and we believe it will have broad appeal across the generations.”

THE BEST VOICE EVER