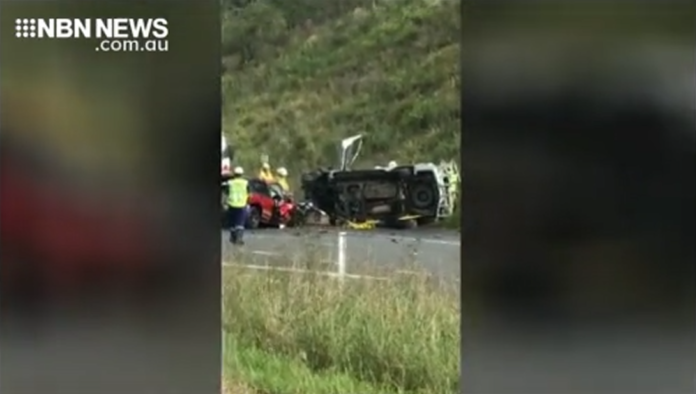 A man has been charged over yesterday’s deadly three-car crash on the Pacific Highway north of Newcastle.

#BREAKING: Police have charged a 54 year old man over yesterday's fatal crash on the Pacific Highway at #Nerong – Details in @nbnnews at 6 pic.twitter.com/fAxnCPbA50

Police say the 54-year-old driver of a Ford Falcon GT has been charged with seven offences, including dangerous driving occasioning death.

A passenger in another car was killed – five people were injured.

Two boys, aged eight and 10, were among those hurt – thankfully they’re expected to make full recoveries.