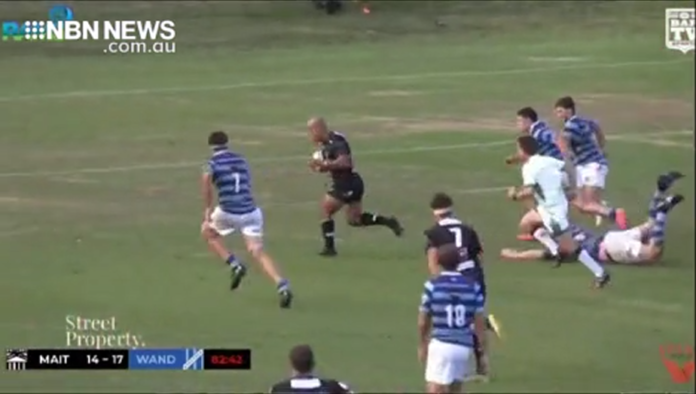 The Newcastle and Hunter Rugby Union season also began on Saturday, but certainly not the way Wanderers fly-half Luke Simmons was hoping for against Maitland, bombing this try.

And it proved costly too – back-to-back Anderson Medal winner Carl Manu scoring after the siren, to lead his side to a hard-fought 21-17 win.

After a winless 2018, Lake Macquarie has started their campaign with a win over Singleton.

Merewether hammered Southern Beaches 87-nil, in worrying signs for the club, while the Bay beat the Students.