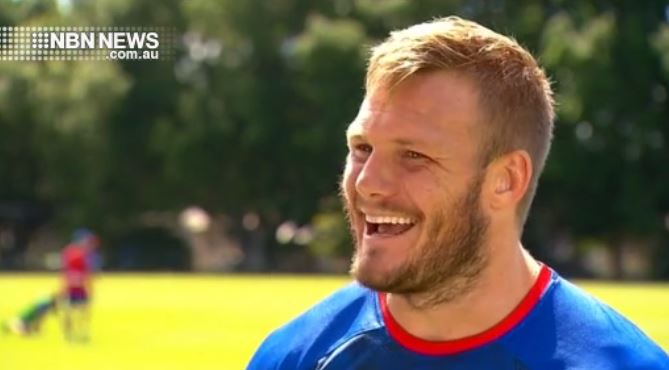 A sad day for the Newcastle Knights with fan favourite Nathan Ross retiring due to his ongoing groin and pelvic injuries.

“It’s all becoming real knowing that i’ll never get to thrown on a pair of boots or the red and blue and run out at McDonald Jones Stadium again.” Ross said.

The Rossdog was a shining light for the club through its darkest days, rising through the ranks of the local league to debut at age 27.

He played 60 NRL matches, and one City-Country.

Meanwhile Mason Lino will make his debut for the Knights against the Dragons on Sunday.

The former Warrior has been named at five-eighth, despite playing just 30 minutes of reserve-grade footy since recovering from an injury he suffered in the pre-season.

JASON SANGHA RETURNS TO THE BLUES