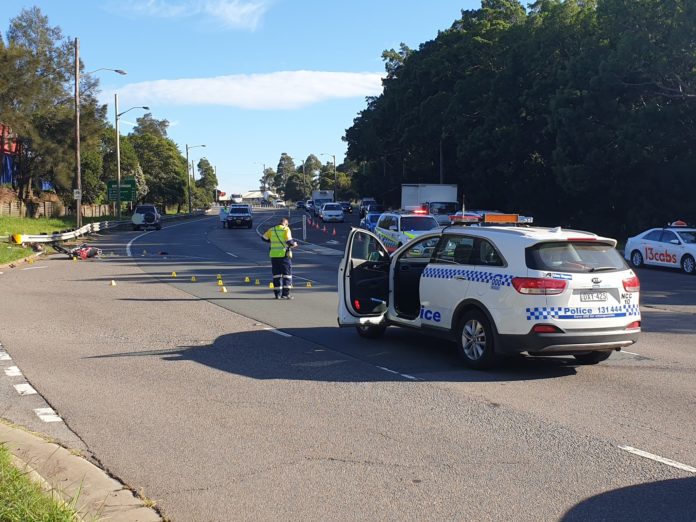 Industrial Drive has re-opened, after a collision between a motorbike and a four-wheel-drive this morning.

A motorcycle rider is in a critical condition in the John Hunter Hospital, after an early morning accident on Industrial Dr. at #Mayfield @nswpolice investigating the circumstances.@nbnnews pic.twitter.com/GlUACh4qsG

The crash happened at around 7 o’clock, at the intersection of Vine Street at Mayfield.

The rider, understood to be in his early 20s, was rushed to Newcastle’s John Hunter Hospital, where he remains in a critical condition.

The driver of the car was taken for mandatory testing.

TEMPORARY DREDGE TO SIT IN SWANSEA CHANNEL UNTIL DECEMBER