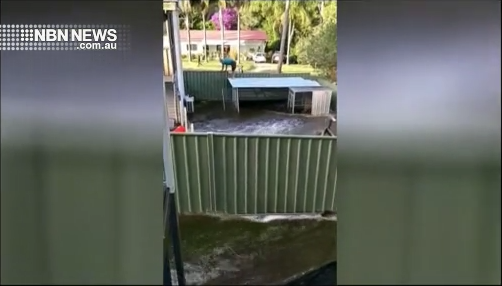 Several guinea pigs have died, after another water main burst on the Central Coast.

Three properties in the North Gosford area were inundated, shortly after 8am on Wednesday.

A local family says they lost several of their pets, when their backyard was flooded.

In a statement, Central Coast Council says three garages were damaged, and has apologised.

Water should be restored to the area by 7pm.