Police patrolling the New England Highway near Singleton have seized a number of items believed to be drugs, after they pulled over a vehicle at Whittingham just after 2 o’clock on Thursday morning. 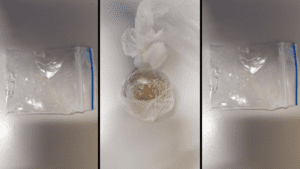 Officers stopped the car after they spotted the driver holding what’s alleged to have been a bag of cannabis.

Both the driver and his younger passenger were taken to Singleton Police Station.

The 49-year-old was charged with three offences including driving whilst suspended.

His passenger, a 29-year-old man, was charged with a number of drug related offences.

Both men were refused bail.

NATIONAL WATER WEEK: CAN YOU USE JUST ONE BUCKET FOR 12...