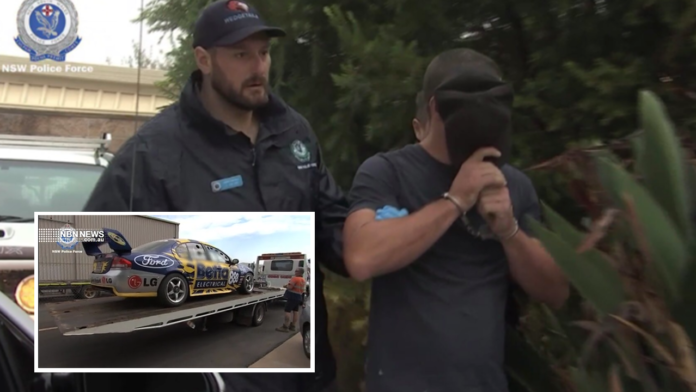 There was a strange sight today as a V8 Supercar, once driven by Craig Lowndes, was seized by police, during coordinated raids on five properties.

Eight people were arrested during the operation, targeting drug supply in the Hunter and Orana regions.

Detectives allege the Ford Falcon was purchased using the proceeds of crime.