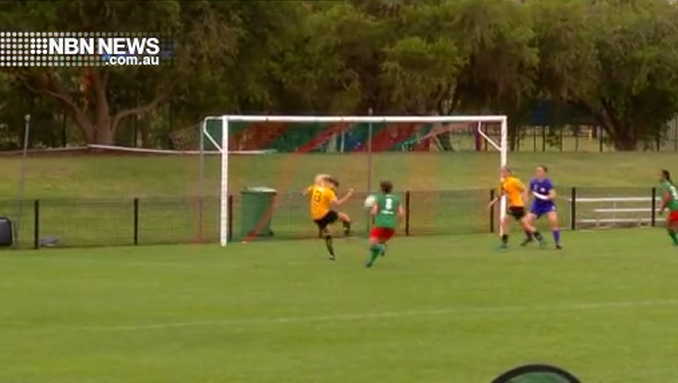 Round two of the women’s premier league was rain affected, with only two games played.

South Wallsend drew first blood – thanks to a well executed a corner.

They could’ve had two shortly after.

The homeside levelled scores heading into the break, after this beautiful touch from Annika D’amico.

D’amino ended up with a brace but the Wolves piled on three second half goals.