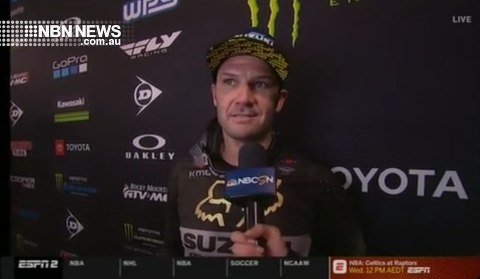 He might be the elder statesman of the American Supercross Series these days, but Kurri’s Chad Reed has shown he’s got plenty left in the tank, grabbing his 132nd podium in Detroit.

He finished third, fifth and seventh during the triple-crown of main events in Motor City.

The 36-year-old is now eighth overall in the series after eight rounds.

BURNS GRATEFUL FOR HIS TIME AT THE JETS

PEARCE “GRATEFUL” AS KNIGHTS PRESS ON DURING SHUTDOWN