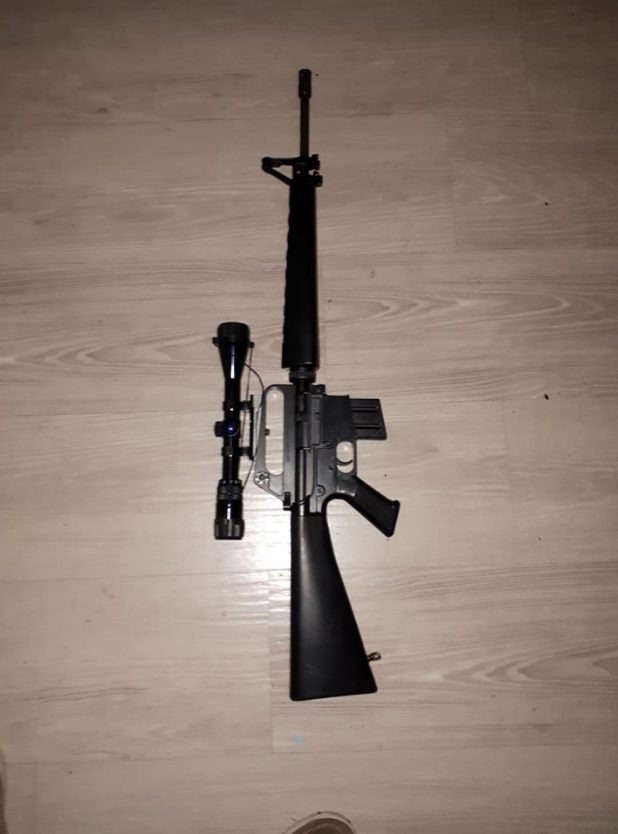 A man and woman have been charged after police seized a replica assualt rifle and ammunition during a search warrant on the Central Coast.

Police carried out a search warrant at a home at Woy Woy about 11am on Wednesday.

During the search police found, a replica AR-15 assault rifle, ammunition and cannabis.

The residents, a man and woman, both aged 43, were spoken to at the house before being arrested and taken to Gosford Police Station.

The man was charged possess unauthorised firearm and possess ammunition without holding licence/permit/authority.

The woman was charged with possess unauthorised firearm and possess prohibited drug.

Both are due to appear at Gosford Local Court in March.