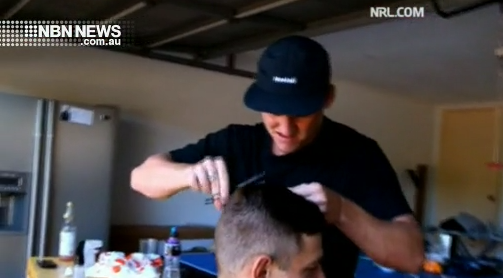 Only a few of the Titans players who featured in the All Stars clash are expected to play in the trial game against the Cowboys on the Sunshine Coast on Saturday, with Garth Brennan preferring to rest his key stars for the Broncos hit-out.

Meanwhile, AJ Brimson has been uncovered as the Titans ‘barber.’

He runs ‘Che Cut’s’ out of his garage and his customers include Jai Arrow and Ryan James.