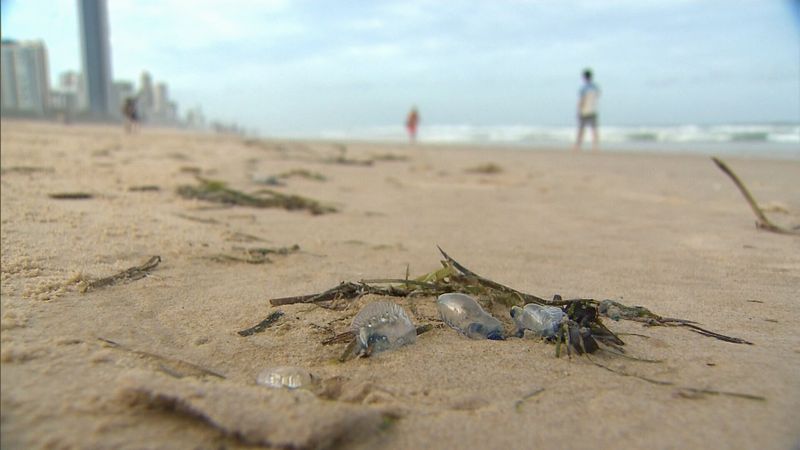 Almost 500 people were treated for bluebottle stings on the Gold Coast over the weekend, as north easterly winds brought an influx of the jellyfish to the region’s coastline.

A number of beaches were closed, with 476 people seeking medical assistance after being stung.

JOHN FLYNN EMERGENCY WORKERS SAVE LIFE OF OWN TOP DOC