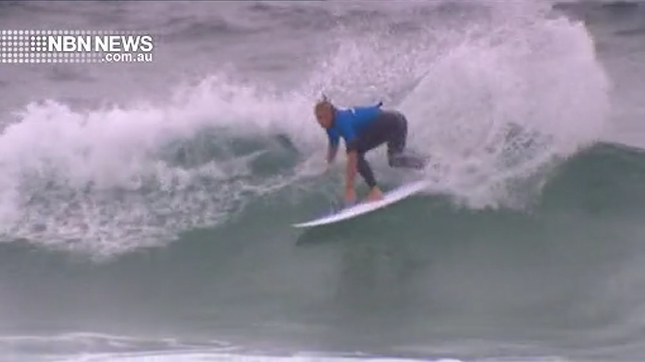 The Caves Beach local was the man to beat in Sunday’s six-man final, racing out of the blocks into a dominant position.

Not that the surfers knew it – the scores are kept secret until the event’s presentation.

Budgewoi’s Jamie Skillen pushed the result all the way, eventually finishing second, after McMorland found a ride in the closing stages, the judges awarding him a 9.3.

Tyler Williams finished third, in what is the event’s 40th year.