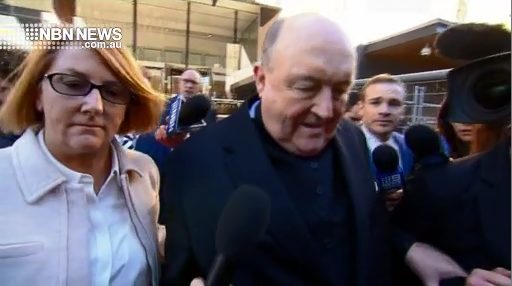 The former Adelaide Archbishop had appealed his conviction, today’s decision by a Newcastle District Court judge, means the 68-year-old is now a free man.

The Attorney General has asked the DPP to consider appealing today’s decision by a District Court judge.

Former Adelaide Archbishop Philip Wilson has been successful in his appeal, with his conviction for concealing child sex abuse overturned.

Wilson wasn’t present in Newcastle Court today when the decision was handed down, but appeared via video link from a family members home on the Central Coast.

Judge describes Philip Wilson as an “intelligent & reasonably articulate witness”, telling the court there is no basis to reject his evidence @nbnnews #philipwilson

Former Adelaide Archbishop Philip Wilson is appearing in court via video link from a family member’s home on the Central Coast, where he’s serving his 6 month sentence of home detention @nbnnews #philipwilson pic.twitter.com/iaf4MaemTI