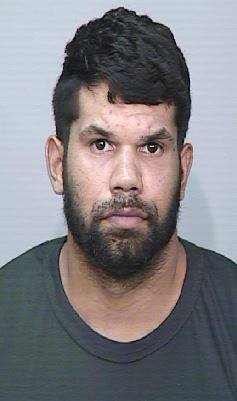 Police have renewed their search for wanted man Leon Edward King, after a 23-year-old woman linked to Mr King was located safe and well at Lismore.

The 28-year-old is wanted on an arrest warrant.

He’s described as being of Aboriginal/Torres Strait Island appearance, between 185-190cm tall, with a large build, black hair, and a black beard.

He’s believed to be in the Northern Rivers region.

Anyone with information or who sees Mr King is urged not to approach him, and to contact Triple Zero.