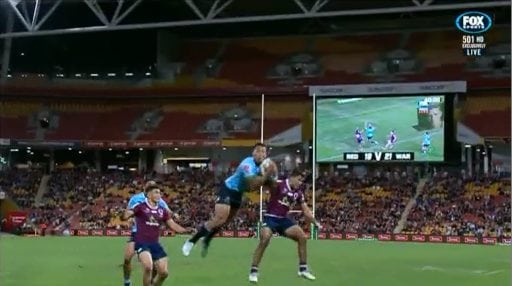 In Super Rugby, the Waratahs have beaten the Reds in a 93-point thriller at Suncorp Stadium.

The Tahs’ 52-41 win showing off some exciting attacking flair, including a spectacular aerial effort from Israel Folou.

But some dodgy defence will alarm Wallabies coach Michael Cheika, with the test series against Ireland starting next week.

NSW jump to the top of the Australian conference ladder.

While at Eden Park, the Melbourne Rebels beat the Blues.

It’s the first time in three years an Australian team has won at the famous ground.