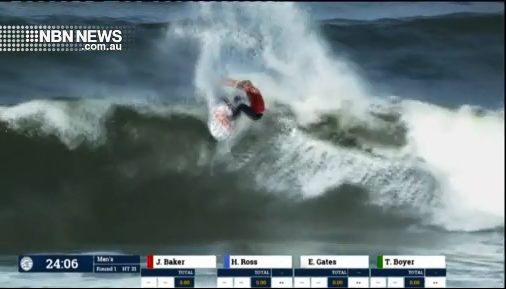 Merewether’s Jackson Baker has made a great start to his campaign at the 6,000-point Qualifying Series event in Japan.

He set the tone with the opening wave of his heat.

It was – an eight point three to be exact, giving him a healthy lead.

His second wave ended up being his second best score.

Baker won by almost two points to advance to round two and a match-up with the likes of Brazil’s Alex Ribeiro and fellow Aussie, Mitch Coleborn.

Merewether’s Ryan Callinan will begin his campaign in round two.